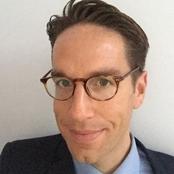 Tom Tolfree is the Executive Director of Portfolio Oversight at Office of Projects Victoria (OPV), Australia. He leads the team that provides oversight of the performance of the Victorian Government’s portfolio of major projects.

Before joining OPV Tom was the Chief Economist and a Senior Civil Servant in Britain’s Infrastructure and Projects Authority (IPA), in the British Treasury and Cabinet Office. Tom headed the IPA’s analyst team that oversaw the Government’s Major Projects Portfolio, comprising the largest and most complex projects being delivered, with a combined whole life cost value of approximately £450bn.

Tom joined the British Government Economic Service after working as an economist in the private sector with DTZ Economic Consulting, where he was an Associate Director. He is a Policy Fellow of Cambridge University, a Fellow of the Westminster Abbey Institute and holds a first class degree in Business Economics.