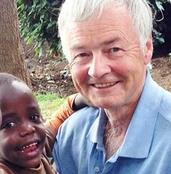 Senior IT Professional and Charity Volunteer

After completing his PhD in the Department of Biophysics at the University of Leeds (1975), Tony Denson worked for 14 years for Systime Computers, a computer manufacturer with a staff of 1300 (at its peak), joining as a systems programmer but rising to become Technical Director with a staff of 150.

When Systime was bought by Control Data Corporation in 1989, Tony led a management buyout of the technical software division and founded VisionWare Ltd, which he then grew over 6 years from 20 to 130 staff, with offices in Leeds, San Francisco, Paris and Sydney. VisionWare specialised in the networking of Unix minicomputers with PCs, using the then emerging Microsoft Windows product. Tony sold VisionWare to a US company which eventually became part of Oracle.

From 1996-99 Tony was chairman of two tech companies, one producing a pioneering email/forum reader product, and the other developing of satnav for cars - a very early pioneering endeavour in this field long before anyone was really aware of GPS. He then became a flying instructor and founded a flying school before taking over the running of a small medical manufacturing business, Diagnostic Reagents Ltd in 2006.

Tony now spends the majority of his time doing volunteer work (mostly related to IT) for churches and charities. For the last two years he has been heavily involved in a Children's Charity in Kenya called New Life Homes, travelling there every couple of months to work on IT projects. It is here that he has gained an interest in the use of the Raspberry Pi for the Third World and developing nations, first using it as a network monitor, but subsequently installing Raspberry Pis into a local school in Kisumu. The release of Pi2 enabled him to use it to replace a number of ageing Windows desktops, which has been a very successful project and well received by the school.