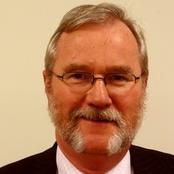 Dr Tony Whitehead was appointed as IET Director of Governance and Policy in January 2011.

He studied and researched nuclear engineering at Queen Mary College and pursued research into civil power generation at GEC before joining the Civil Service to work on military oceanography and warship signature reduction at the Admiralty Research Laboratory. He completed an MSc in nuclear submarine technology at the Royal Naval College before joining MoD in Bath.

Tony then moved to the Department of Energy (subsequently DTI) in Whitehall to work on civil nuclear research and decommissioning projects with UKAEA and BNFL. After working with NPL as Deputy Director of the National Measurement System he moved to the Home Office as Head of Police Science and Technology and sponsor of the Forensic Science Service and the register of Home Office Pathologists.

He moved to the Office of Science and Innovation as Director Science and Society during which time he was the sponsor of the UK’s National Academies (the Royal Society, British Academy and the Royal Academy of Engineering). His last post in Whitehall was working for the Government Chief Scientific Adviser with responsibility for improving the quality and use of science and engineering in government, and improving public confidence in government use of science and engineering. He was also Joint Chair of the Science and Trust Expert Group and a member of the DCMS Science and Research Advisory Committee.

Tony is a Chartered Engineer, a Fellow of the Institution of Mechanical Engineers, the Nuclear Institute and the IET