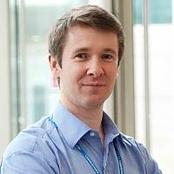 Dr Ultan McDermott is a Career Development Fellow Group Leader in the Cancer Genome Project and a practising medical oncologist at Addenbrooke's Hospital in Cambridge. He joined the Institute in 2009 to work with Mike Stratton, Andy Futreal and Peter Campbell and establish a high-throughput screen of human cancer cell lines with pre-clinical and clinical compounds.

Dr McDermott qualified in medicine - with distinctions in Medicine and Surgery - in 1994, trained as a medical oncologist and obtained a PhD in cancer biology at Queen's University, Belfast. He was accepted for a post-doctoral research position in Jeff Settleman's lab at Harvard Medical School/Massachusetts General Hospital in 2005.

In Jeff's lab he helped establish a high-throughput platform to screen cancer cell lines with pre-clinical and clinical compounds in order to detect genetic characteristics that could be used in the clinic to stratify patients for treatment. Subsequent publications confirmed the power of this approach in identifying the biological dependence of certain cancer subsets on specific genomic alterations. Ultan's research interests are in the area of predictive biomarkers to cancer therapeutics and in vitro models of drug resistance in human cancers.

Dr McDermott joined the Sanger Institute in 2009 as a clinical research fellow and was appointed to the faculty as a CDF Group Leader in 2010 with the award of a Cancer Research UK Clinician Scientist Fellowship. He is a Fellow of the Royal College of Physicians.