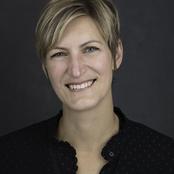 Alexandra's main research interests revolve around the interactions between population, development and natural resources in developing countries. Investigations include the linkages between migration and development, in particular the risks faced by migrants and their families as a result of migration. Research on internal migration in Vietnam considered the role of social capital in the migration process and the impact of migration on those who stay behind at origin. In this context, Alexandra has also studied the global - local linkages of commodity markets and how they impact on livelihood vulnerability of migrant farmers. Recent work looks at the way in which environmental change and resource scarcities interact with livelihood vulnerability and migration dynamics.

Alexandra has just started a new project on migration pathways in the context of climate change in Vietnam (funded by the British Academy) and is collaborating with the Centre for Community Health and Development (COHED, Vietnam) on a project funded by the International Institute for Environment and Development (IIED, London) on heat stress of outdoor workers and illegal migrants in Da Nang City, Vietnam. In 2011, Alexandra compiled two policy briefing papers on climate change and migration (with Dr Nick Brooks, Oxford). One for the DFID's Climate Change Knowledge Network (CDKN) and one for the United National Development Programme (UNDP). In the past she has also worked as a consultant for a number of international organisations including Vietnam's United National Population Fund (UNFPA) and the German Technical Cooperation Agency (GTZ) in Fiji and as an academic expert for DFID, IDS, CDKN and SOAS.