at University of Bristol 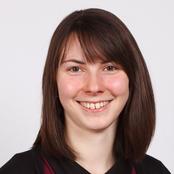 I was very grateful for the opportunity to carry out a NERC internship at CSaP. Upon arrival, the team were very welcoming and it soon became clear that, though small, the team were involved in many projects. I was lucky enough to spend a large proportion of my time working on the Policy Fellowships scheme, arranging and attending review meetings with Jackie (Head of Programmes) to receive feedback on the programme from Fellows. From this I was able to produce a report of performance and areas to be improved. Overall it was clear that the scheme was well received, with many Fellows recommending it to colleagues. Through the internship I was able to meet people in various government departments (e.g. DWP, BIS, Go-Science, the Cabinet Office, and DfT) and companies (e.g. BP and BA) involved with policy. Working on this project greatly increased my network of contacts and provided me with insight to the world of policymaking.

I was also involved with various workshops, primarily on Reducing Poverty, Horizon Scanning of future policy issues and Housing. These workshops brought together researchers, from universities, businesses and charities, and policy makers from both government and business. The Reducing Poverty workshop resulted in a paper that has now been published, and for which I am a contributing author. The Horizon Scanning workshop also resulted in a paper which will be published in the coming months. Additionally I attended the EU BON Kick Off meeting in Berlin with CSaP Executive Director, Robert Doubleday, and was got to see the complexity involved in linking science with policy in large European projects such as this. These events allowed me to further expand my network of contacts, meeting many people across a range of expertise. The Reducing Poverty workshop also provided me with experience in organising large events.

The distinguished lectures and the Annual Conference were great experiences and thoroughly interesting. During the Annual Conference I was able to present my PhD research to policy makers from government and industry, as well as hearing Sir Mark Walport give his inaugural talk as Government Chief Scientific Advisor. Overall, the people I met during my internship gave me a better insight into what I wanted to do in the future. With Jackie’s encouragement, and by using the connections I made during the internship – most of whom I have remained connected with through LinkedIn – I have now completed my PhD and have just started a job as an Earth Observation Engineer at Telespazio VEGA UK. I would definitely recommend CSaP to future interns – I had a great time!