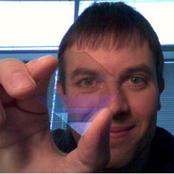 After completing his B.Sc. in physics at the University of Birmingham, Andrew Flewitt received his PhD from the University of Cambridge in 1998, investigating the growth of hydrogenated amorphous silicon thin films using scanning tunnelling microscopy.

He stayed in Cambridge to become a Research Associate studying the low-temperature growth of silicon-based materials in the Department of Engineering. He was given a Lectureship within the Department in 2002, and in 2009 he was appointed Reader in Electronic Engineering. His current research interests include the degradation mechanisms of amorphous silicon thin films transistors, zinc oxide thin film transistors and silicon nanowires-polymer composite semiconductor materials. More recently, his research activities have included the study of MicroElectroMechanical Systems (MEMS). Of particular interest is the integration of silicon with plastics in devices and biological sensing devices based on surface acoustic wave devices and dielectric spectroscopy.