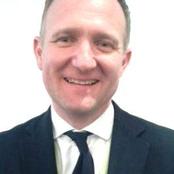 Andrew Lightfoot is the Strategic Director of Public Service Reform at the Greater Manchester Combined Authority. Greater Manchester is at the forefront of a power shift and one of the biggest reallocations of public resources since the war. In November 2014 Greater Manchester signed a ground-breaking Devolution Agreement with Central Government, agreeing to establish a metro mayor in exchange for new powers in relation to transport, housing, employment support and skills. This was rapidly followed in February 2015 by a further devolution deal covering health and social care. Handing Greater Manchester’s £6bn health and social care budget over to the city region’s Combined Authority has been described by one commentator as “the most exciting experiment in local government and the health service in decades – but the risks are huge.”

Andrew reports direct to Sir Howard Bernstein (GMCA Head of Paid Service) and Tony Lloyd (the interim Mayor for Greater Manchester) and has played a central role in the negotiation of the Greater Manchester devolution deals.

Andrew was previously Deputy Chief Executive at Blackburn with Darwen Council, twice winner of 'Council of the year'. Prior to this Andrew worked in public sector consultancy for KPMG, supporting clients across local and central government and health.

Andrew holds a first class honours degree in International History and Politics and a master’s degree in Politics.