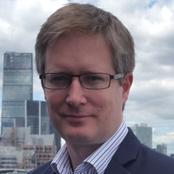 Jeremy Skinner is head of economic growth policy at the Greater London Authority. His team advises the Mayor on policies, programmes and projects to support both higher rates of growth in the capital and works with others to secure greater opportunities for Londoners. In recent years, his team produced the first ever long-term infrastructure plan for the capital (the London Infrastructure Plan to 2050) and the Smart London plan, which discusses how new technology can benefit the city.

Jeremy was the lead official for the London Finance Commission (2013), chaired by Professor Tony Travers, which recommended devolution of various taxes to the capital. His team set up MedCity in 2014, an initiative to promote and strengthen the south east’s life science sector. He also helped set up London and Partners, the mayor’s promotional agency for London, in 2010.

In 2009, Jeremy helped set out the case for the funding of an extension to the Northern Line using future business rates receipts, a project which is now being built. He led the Mayor’s campaign for Crossrail in 2005-07, and the GLA’s negotiations with the Government on the business rate supplement for Crossrail. He also carried out a major study of the development potential in east London and the Royal Docks in particular.

He has previously worked at HM Treasury, where he led a team of statisticians, economists and policy advisers in the public services directorate. He led the team that consulted on and completed the ‘Green Book’, the government’s primary guidance on appraisal and evaluation of all policy, programmes and projects.

Before that Jeremy was a consultant with PA Consulting Group and trained as a CIPFA accountant with the Audit Commission, where he was an audit manager with a variety of local government and NHS clients. He has a first class degree in History from Cambridge.