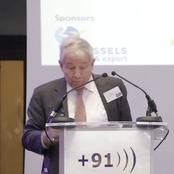 Dr Anil Seal is a Fellow of Trinity College, Cambridge. Together with John Gallagher, he is one of the founders of the 'Cambridge School of Indian History' which has helped to transform the understanding of modern India. His pioneering work on the 'Emergence of Indian Nationalism', published more than four decades ago, has led to many monographs from this 'school' by many of his erstwhile research students, now among the biggest figures in the subject.