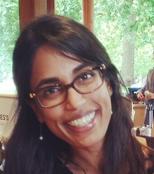 Previously, she was Director, Urgent and Emergency Care Strategy at NHS England.

Niva has held a number of posts across Whitehall, in which she has advised Cabinet Ministers on a range of international and domestic priorities. She has also worked extensively in the centre of Government where she has advised the Prime Minister on home affairs issues; supported the Cabinet Secretary in preparing for Cabinet every week; and brokered policy across Government.