Professor of Logic and Algorithms at Department of Computer Science and Technology, University of Cambridge 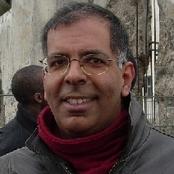 Professor of Logic and Algorithms, Computer Laboratory, University of Cambridge

Professor Anuj Dawar is Professor of Logic and Algorithms in the Computer Laboratory at the University of Cambridge. His main research interests focus on applications of logic in Computer Science. He is especially interested in those areas of theoretical computer science where logical and combinatorial methods combine in the study of algorithms. These include finite model theory and its connection to the study of computational complexity; the theory of databases; the complexity of games and the expressive power of logical formalisms.

Professor Dawar is also serves as president of the European Association for Computer Science Logic. In this capacity, he chairs the jury for the Ackermann Award. He is currently chair of the jury for the ACM-India Doctoral Dissertation Award, and is on the advisory board for the Vienna Center for Logic and Algorithms. He is also a Fellow of Robinson College, Cambridge.