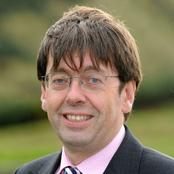 Brendan Dick retired in 2020 after leading Openreach Scotland through its independence from BT Group in 2018 and establishing the Scotland Board and strategy.

Brendan is a senior executive with wide experience of strategy creation and delivery, change programme leadership, large-scale programme management, and working with politicians and opinion formers across large public, private and voluntary sector organisations. He is experienced in motivating, influencing and leading large numbers of geographically dispersed people in complex working environments. Extensive public activity has also included speaking and writing on a variety of matters relating to the role of communications in the modern world, business and its role in civic society, and climate change.

As well as being MD of BT Regions (from 2010), Brendan was Chair of the BT Scotland Board, Chair of Scottish Business in the Community, Chair of the Edinburgh Business Forum, and Non-Executive Director of the Scottish Council for Development and Industry. He was a member of the CBI Scotland Council, the Scottish Government's 2020 Climate Change Business Delivery Group and the Lowland Reserve Forces Employer Support Group. His previous Non-Executive Director roles include the Scottish Council for Voluntary Organisations, the Edinburgh International Science Festival and Electronic Scotland. He has also served on the advisory panel of Common Purpose.

As MD of BT Regions he was responsible for delivering BT's cross-line-of-business strategy at a regional and local level in mainland UK (England, Scotland, Wales). Among his achievements in this role he lists strategic management of BT's NGA (Next Generation Broadband) across all local authority areas at a time of rapid change in regional government structures; and strengthening support for, and engagement with, BT Group's CSR, skills and volunteering programmes at a regional level.

From 2000-2010 Brendan was Director of BT Scotland, responsible for defining and delivering BT's broadband, NGA, public policy and PR strategies in Scotland, including activities with the Scottish Government and its agencies. Specific achievements include creating the BT Scotland Board to drive improvements in BT's operation in Scotland; directing a multi-disciplinary team from various UK units to create and implement BT's strategy for delivery of mass-market broadband platforms in Scotland, including the first ever deployment of a mass-market satellite solution and deployment of fixed-line broadband to small rural towns in the UK; and creating and implementing BT's Public Policy and Regulatory Affairs strategies as they pertained to devolved government in Scotland, Ofcom Scotland and related bodies.

Brendan has a BSc in Social Sciences from the University of Edinburgh.