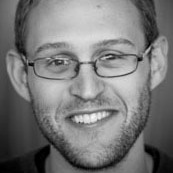 Dr Charles Brendon is the El-Erian Fellow in Economics at Queens' College Cambridge, and a member of the Faculty of Economics at the University of Cambridge. He specialises in macroeconomic theory and the economics of optimal taxation.

He did a BA in Politics, Philosophy and Economics at the University of Oxford, and he stayed at Oxford for his MPhil in Economics, and then his DPhil, titled Essays in Normative Macroeconomics. While studying for his DPhil he also worked as a Lecturer at St Catherine’s College, Oxford, and after completing his doctorate he spent 2 years as a Max Weber Fellow at the European University Institute, before taking up his current position in Cambridge.