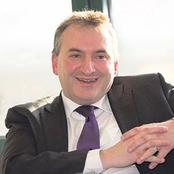 Chris Wormald was appointed Permanent Secretary for the Department of Health and Social Care in May 2016. He leads the day-to-day running of the department and heads the department’s senior team, with responsibility for:

Chis has also been Head of the Policy Profession, the professional group for those working to bring together evidence, delivery and the political context to support ministers in achieving outcomes for government and change in the real world.

His previous posts include:

On this role as a Policy Leaders Fellow, Chris comments: "As part of open policy making, Civil Servants should take opportunities to link with world-leading thinking and research. CSaP is a chance for me to do this.”
Chris was appointed Knight Commander of the Order of the Bath (KCB) in the 2017 Birthday Honours.