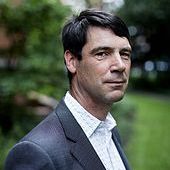 Before coming to Cambridge in October 2013 Professor Teulings was Professor of Economics at the University of Amsterdam and the Director of the Bureau for Economic Policy Analysis in the Netherlands.