Professor and Director of Research at Department of Materials Science & Metallurgy, University of Cambridge 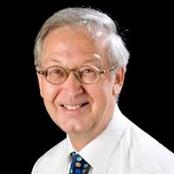 Professor and Director of Research, Department of Materials Science and Metallurgy, University of Cambridge

Colin Humphreys is the Goldsmiths' Professor of Materials Science, Cambridge University, Professor of Experimental Physics at the Royal Institution in London, and a Fellow of Selwyn College Cambridge. He is also the Director of the Rolls Royce University Technology Centre at Cambridge on Ni-base superalloys for turbine blades for aerospace engines and the Director of the Cambridge Gallium Nitride Centre. He was the President of the Institute of Materials, Minerals and Mining for the two years 2002 - 2003. He is now the Chairman of its Managing Board. He is a Fellow of the Royal Academy of Engineering and a Member of the Academia Europaea, a Liveryman of the Goldsmiths' Company and a Member of the Court of the Armourers and Brasiers' Company and a Freeman of the City of London. He is a Member of the John Templeton Foundation in the USA and the Honorary President of the Canadian College for Chinese Studies in Victoria, Canada. He was President of the Physics Section of the British Association for the Advancement of Science in 1998 - 99 and Fellow in the Public Understanding of Physics, Institute of Physics 1997 - 99.

He has received medals from the Institute of Materials, the Institute of Physics, and the Royal Society of Arts, and given various Memorial Lectures throughout the world. In 2001 he was awarded an honorary D.Sc. from the University of Leicester and the European Materials Gold Medal, and in 2003 he received the Robert Franklin Mehl Gold Medal from The Materials, Minerals and Metals Society in the USA. He graduated in Physics from Imperial College, London, did his Ph.D. in the Cavendish Laboratory Cambridge, was a Lecturer in the Materials Department in Oxford, then Head of Materials Engineering at Liverpool before coming to Cambridge in 1990. His research interests include all aspects of electron microscopy and analysis, semiconductors (particularly gallium nitride), ultra-high temperature aerospace materials and superconductors. His hobby is reconstructing what happened in ancient historical events using modern-day science. He has written a book The Miracles of Exodus: a Scientist Reveals the Extraordinary Natural Causes Underlying the Biblical Miracles, published by Harper Collins in the USA and Continuum in the UK in 2003, which came out in paperback in 2004. He was awarded the CBE in the New Years Honours for 2003.