Rouse Ball Professor of English Law at Faculty of Law, University of Cambridge 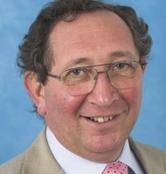 Professor David Feldman is the Rouse Ball Professor of English Law in the Faculty of Law at the University of Cambridge, a post he has held since 2004. His research interests cover a wide range of public law fields, especially from a comparative perspective; the interface between national (especially constitutional) law and international law and institutions; civil liberties and human rights; and criminal procedure.

He has recently been looking at the idea and practice of constitutionalism, ways in which human rights law affects administrative justice, the interplay of principles of national, international and EU law in protecting human rights in administrative processes to combat terrorism, the record of the House of Lords as a judicial body in protecting human rights, judicial independence, the passage of the Human Rights Act 1998 through Parliament, interpretation of constitutional legislation, and the role of constitutional bills of rights in transitional or emerging states like Bosnia and Herzegovina, Iraq and Kosovo.

As well as several previous appointments in academic institutions, Professor Feldman has also worked as Legal Adviser to the Parliamentary Joint Select Committee on Human Rights in the Houses of Parliament; Judge of the Constitutional Court of Bosnia and Herzegovina 2002-10 (a Vice-President of the Court 2006-09); Acting Director of the Centre for Public Law, University of Cambridge, 2004-05; Chairman of the Faculty Board of Law and of the Faculty of Law, 2006-09; and Specialist Adviser to Joint Select Committee on the Detention of Terrorist Suspects (Temporary Extension) Bills, March to June 2011.

He is an Honorary Bencher of Lincoln’s Inn, an Academic Associate of Chambers, 39 Essex Street, London, a Fellow of the British Academy, and in 2008 he was appointed Q.C. honoris causa.