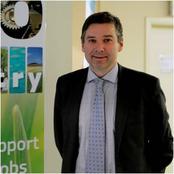 In late 2011, I was asked to set up a new team inside the European Commission's in-house science service, the Joint Research Centre (JRC), with a mission to maximise the impact of JRC science on policy making within the Commission.

Although the scientists of the JRC are involved in all stages of policy making inside the Commission, many of the challenges of integrating science into policy remain. The CSaP Fellowship seemed like an ideal way to study these issues and learn from the best practice of others. I was surprised to discover that although the UK is a world leader in science and policy questions, most of the scientists I met were more eager to talk about where policy had failed to take science into account!

CSaP has continued to help in identifying experts in Cambridge for JRC work and in pushing forward the science/policy debate at its 2013 Annual Conference. I was also able to connect some of the experts I met with JRC scientists in a way which led to new collaborations. CSaP is now firmly established as a key partner for the JRC in better connecting science and policy in the EU.