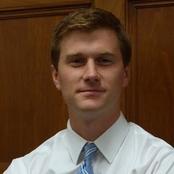 David Talbot is a PhD candidate in Politics and International Studies at the University of Cambridge, where he is a member of Queens’ College. David's research interests include international political economy, global economic governance, economic statecraft, and U.S. foreign policy. His dissertation is focused on the evolution of U.S. international trade politics and policy from the 1980s through the mid-2010s.

David previously served in the Obama administration as a policy advisor to the U.S. Secretary of Commerce. In that capacity, he provided counsel on the development and implementation of international economic policies, including trade, foreign direct investment, commercial diplomacy, export promotion, and responsible business conduct. He was deeply engaged in efforts to advance key administration priorities such as strengthening U.S. economic and commercial ties with India, ASEAN, and North America.

David has worked on three U.S. presidential campaigns and consulted for geopolitical advisory firms, global public affairs consultancies, and non-profit organizations. His writing has appeared in outlets including The Los Angeles Review of Books and World Politics Review. He received his M.Sc. from the University of Oxford and his B.A. from Yale University.