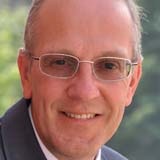 Dr David Wilkinson is the Director of Policy Support Coordination in the Joint Research Centre of the European Commission. He has a PhD in Theoretical Physics, is a chartered Engineer and a Fellow of the Institution of Engineering and Technology and a Fellow of the . He also graduated as a European Engineer at the Fédération Européenne d’Association Nationale d’Ingénieurs (FEANI). For his doctorate, he worked at the Cavendish Laboratory, and at the ICI Corporate Research Laboratory in the area of theoretical statistical condensed matter physics.

David joined the European Commission in 1995 as JRC Director of the Institute for Systems, Informatics and Safety. In 2002, he moved to Brussels as Director of Science Strategy, responsible for the planning and coordination of scientific programmes across the JRC Institutes. Amongst other tasks, he initiated the setting up of a Crisis Response System to allow JRC’s scientific capability to be applied within hours in support of crises. In 2004, he moved back to Ispra as Site Director, responsible for all aspects of the running of the site.

In November 2009, David was appointed Director of Policy Support Coordination. The Directorate, based in Brussels, has taken the lead role in the rapid repositioning of the JRC, reinforcing the links with policy makers in the Commission and other EU Institutions and strengthening cooperation with the science base in Member States, with industry and with international bodies. The Directorate has increased capacity in the areas of foresight, impact assessment, economic modelling and it hosts the recently launched EU Research and Innovation Observatory. It has thereby taken a central role in refocusing the JRC to effectively support the key political priorities of the European Union today and strengthening its identity as the Commission's in-house science service.

Before joining the European Commission in 1995, he worked from 1981 to 1995 for Smith System Engineering (now Detica plc), leaving as Managing Director (appointed in 1991).