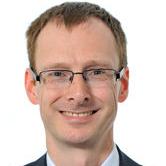 Ed Humpherson was appointed as Director General for Regulation at the UK Statistics Authority in October 2013, and took up post in January 2014.

Prior to joining the Authority, Ed was a Board Member and Executive Leader for Economic Affairs at the National Audit Office, a post he held since July 2009. This role included responsibility for the overall strategic direction of NAO’s work on economic affairs. Ed also oversaw the NAO’s response to the financial crisis through building capability in capital markets and financial services work, and coordinated the NAO’s programme of work on the administration of the tax system and the welfare system; led the NAO’s work on public private partnerships and major infrastructure developments, including in transport and energy; and oversaw the development of the NAO’s audit of the Whole of Government Accounts.

Ed was educated at the University of Edinburgh where he obtained a first-class MA honours degree in Politics and Economic History. He is a Chartered Accountant and a member of the Institute of Chartered Accountants in England and Wales. Ed is married and has three children.