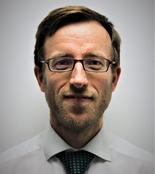 Matthew is a programme director leading the Institute’s work on public bodies. He was policy director at the British Business Bank for over five years, including during EU exit and the pandemic. He previously helped establish the bank while leading on enterprise policy at HM Treasury. Before that, he worked in prudential policy at the Financial Services Authority and the Bank of England following the financial crisis.

Matthew began his career at PwC, where he became a chartered accountant, and holds a PhD in sociology from the London School of Economics. He has been an interdisciplinary Andrew W. Mellon postdoctoral fellow at Washington University in Saint Louis and is the author of Accountants’ Truth: Knowledge and Ethics in the Financial World (Oxford, 2009)