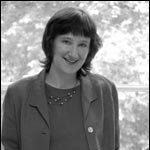 Professor of Demography, Department of Geography, University of Cambridge

After completing her undergraduate degree at Cambridge, Professor Grundy held research positions at the University of Nottingham and City University, London, before becoming a Reader in the Department of Gerontology at King's College London. She then took up a post as Reader (and later Professor) of Demographic Gerontology at the London School of Hygiene & Tropical Medicine. Upon leaving the LSHTM in 2012 to take up her position at Cambridge, Professor Grundy was made an Honorary Professor in the Faculty of Epidemiology and Population Health, and she maintains close link with LSHTM through various collaborative projects.

Her research is focussed largely on the social support and intergenerational relationships of older people and on trends and differentials in later life health, disability and mortality. She has a particular interest in associations between family trajectories and health and disability at older ages. Much of her research has involved analysis of large scale longitudinal studies, including the Office for National Statistics Longitudinal Study of England and Wales and since 2001 she has directed the ESRC-supported Centre for Longitudinal Study Information and User Support service which facilitates research use of this data resource.