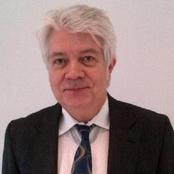 Professor Geoffrey Ward is the Principal of Homerton College. He came up to Cambridge in 1972 to read English at Clare College, staying on for postgraduate study. He then worked as Lecturer then Senior Lecturer in English at the University of Liverpool. Following a year spent lecturing in Japan, he took up a Chair and the Headship of Department at the University of Dundee in 1995.

His first book Statutes of Liberty: The New York School of Poets (1993: new edition, 2001) was succeeded by other books and articles including The Writing of America: Literature and Cultural Identity from the Puritans to the Present (Polity, 2002), which he researched during a year spent in the USA as a Fellow of the Leverhulme Foundation. In 2002, he was made a Deputy Principal at Dundee, leaving four years later to serve as Dean of the Faculty of Arts and then Vice Principal at Royal Holloway, University of London, before coming to Homerton as Principal in 2013.

In addition to his scholarly work, he has written and presented occasional broadcasts for BBC Radio 3 on American writers, most recently on David Foster Wallace. His published poetry includes Worry Dream (2013) and his first novel You’re Not Dead is about to be launched by Garn Press in New York. A Life Fellow of the Royal Society of Arts, he has also been elected to an Honorary Fellowship at Harris Manchester College, Oxford.