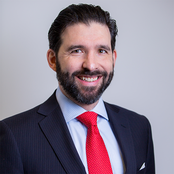 Former Sharjah Fellow in the field of Water Resources, Department of Engineering, University of Cambridge

In 2009 Dr Geoffrey Parker was appointed Sharjah Fellow in the field of Water Resources in the Department of Engineering at the University of Cambridge, a position he held until 2014. His research interests are diverse, and include especially novel approaches to uncertainty management in coupled model systems. Water resource systems are an excellent, universal, exemplar problem which badly needs better tools. Other examples are highly coupled (e.g. economic/social/environmental, land/water/energy) systems.

He has over a decade of experience as a consultant to international industry and government clients. He worked for ISR, an international leader in the field of risk, safety and emergency management. prior to re-entering the academic world. He is also the developer/contributor to several internationally-used software packages.