at Department for Transport (DfT) 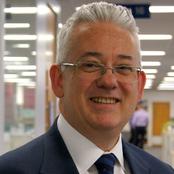 For most of my two years as a CSaP Policy Fellow, I was Director of Greener Transport & International at the Department for Transport. Much of the work was about “de-carbonising” road transport, securing improved air quality, and shifts in vehicle technology. This was a classic policy delivery role, embracing economics, politics, EU negotiation, and a clear appreciation of “the art of the possible”. Underpinning everything was the need to develop policies that were technically feasible as well as publicly acceptable – governments have to face the unwelcome fact that fundamental laws of science can’t be re-written to suit a policy preference.

My background was in the humanities. CSaP offered the opportunity to explain concepts and test out ideas with world-ranking academics whose knowledge of the scientific, engineering and technological possibilities far outstripped my own, and who were willing to engage in open-minded discussion and challenge. The exchanges were fertile, and both parties benefitted – I got access to some inspiring insights, and some time for reflection away from the everyday demands of the office, and my academic discussants gained new perspectives on the way Whitehall works, the competing demands on policy makers, and the importance of the EU perspective.

It is not just one-to-one engagement that CSaP offers. The networking opportunities are excellent, whether at workshops, conferences or more informal dinners.

Overall I have learned three key lessons. First, renewed understanding of the benefits of debate and knowledge-sharing with top-level experts from academia, testing assumptions and adjusting ideas. Second, a better appreciation of what academia can offer to the policy world; as a result of CSaP I have been reaching out more widely to academic expertise, not just in Cambridge and not just in the STEM community – CSaP has opened my eyes to sources of advice that I might have ignored previously. Third, I have realised that policy makers in government need to be open with opinion formers in the academic world, to help shape research agendas, to explain the constraints and opportunities that face civil servants, and to broaden understanding of how policy gets made.

Since February 2013 I have been given new responsibilities as Director of Local Transport at DfT, but my CSaP experiences have given me insights into how this new (for me) area of policy can be developed and sharpened in ways that I would not have imagined. What’s not to like about that?