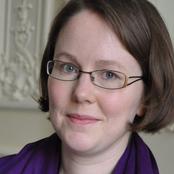 Harriet Wallace is the Director of International Research and Innovation at BEIS - leading on the government’s science and innovation relationship with the rest of Europe and the world, as well as sponsoring several Public Sector Research Establishments including the UK Space Agency and the Met Office.

In her previous post she led the air quality and industrial emissions team at Defra, publishing the government’s Clean Air Strategy in January 2019. Before that, Harriet worked at the Treasury for over ten years. Posts there included: heading the team responsible for labour market economics and policy (including spending control for JobCentre Plus and DWP's Work Programme for long-term unemployed people) and the Treasury's published modelling of the distributional impacts of tax, benefits and public spending on households; the Chancellor's private office; science and innovation policy and spending; EU-US economic relations during the UK's 2005 Presidency of the EU; strategy and coordination for international finance ministers' meetings; and handling Northern Rock during the financial crisis.

Harriet has also worked at Unilever on social and environmental responsibility, and in the Strategy team at the Department of Health where she led teams delivering the Public Health White Paper and two independent reviews on the role of the state in health and wellbeing, and how behavioural science can be applied in public health (see here).

She studied Natural Sciences at Cambridge, focusing on biology, history and philosophy of science, and has a Masters in History of Science from Harvard where she was a Kennedy scholar.