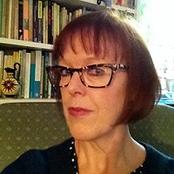 Teaching and research interests include religion and conflict, gender, migration and development. She supervises students in Social Anthropology and teaches for the Anthropology of Religion Paper in Theology and Religious Studies.

Helen has undertaken fieldwork research in Egypt, Morocco, France and Ireland and is particularly interested in the relationship between ethnography, life history and experience. Her doctorate, Migration, Money and Marriage, was based on fieldwork in an informal squatter settlement in Cairo. Her ethnography, Women in the City of the Dead, is based on autobiographical narratives and accounts of everyday life collected during fieldwork in Egypt. She has written on inter-communal violence, sexual harassment, the ‘new’ veiling and marital conflict, radical religion and spirit possession in marginal Arab- Muslim communities and migration and identity. On-going research interests relate to perceptions of diaspora and the transmission of identity. Current research plans involve exploring the relationship between memory and belief in religious experience.