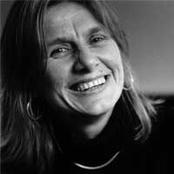 The cultures and peoples of Tibet and the Himalayan regions have for centuries been seen by foreigners as principal sites for the study of the ‘traditional’. Today these areas face compelling challenges from global and regional change. Hildegard’s project “Tradition and Modernity in Tibet and the Himalayas” carried out research from 2001 to 2005 into aspects of the tradition-modernity issue in these understudied regions. Between 2004-2007, she coordinated the Tibetan-Mongolian Rare Books and Manuscripts project as part of the Mongolia and Inner Asia Studies Unit (MIASU). She is currently working on an AHRC Research Project led by Professor Caroline Humphrey: Tibetan woman-lama and her reincarnations: a study of the bSam-sdings rDor-je Phag-mo (15th-21st Century).