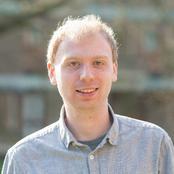 Jack Sheldon works at the Bennett Institute Public Policy as a researcher on the ESRC-funded project ‘Between Two Unions: The Constitutional Future of the Islands after Brexit’. His work on the project focuses on intergovernmental and interparliamentary relations, and on understandings of the UK Union within political parties. He has broader research interests in UK constitutional politics, particularly parliaments and the devolved institutions.
Jack led research on dispute resolution and on the representation of England for the report Reforming Intergovernmental Relations in the United Kingdom, published by the Centre on Constitutional Change in 2018. From 2015-17 he worked at the Constitution Unit, University College London, where he co-authored a report on Options for an English Parliament and was editor of the Constitution Unit blog.
Alongside his work on Between Two Unions, Jack is also an ESRC-funded PhD candidate in the Department of Politics and International Studies. Jack’s doctoral research is on the representation of sub-state territorial areas within the Westminster parliament.