Professor of Research Policy at University of Sheffield, Faculty of Social Sciences 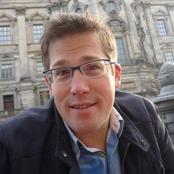 Digital Science Professor of Research Policy, University of Sheffield and Director of the Research on Research Institute

James Wilsdon is Digital Science Professor of Research Policy at the University of Sheffield and Director of the Research on Research Institute (RoRI), which launched in 2019 with a mission to accelerate transformational research on research systems, cultures and decision-making. Over his career, in addition to academic posts at the universities of Sheffield, Sussex and Lancaster, James has worked in think tanks, NGOs and as director of science policy for the Royal Society. He has also co-founded or chaired the International Network for Government Science Advice (INGSA); People & Planet; the Campaign for Social Science; and the UK Forum for Responsible Research Metrics.

From 2008-2011, James was the founding Director of the Science Policy Centre at the Royal Society, the UK's national academy of science, where he oversaw major studies on topics such as geoengineering, food security, science diplomacy and the future of the UK science and innovation system. Prior to this, he spent seven years as Head of Science and Innovation at the think tank Demos, where his publications included The Atlas of Ideas (2007), China: the next science superpower? (2007), The Public Value of Science (2005) and See-through Science (2004).