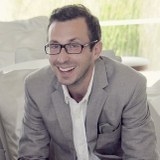 Jamie Anderson has 12 years urban design experience, including seven as a practitioner and five in a research capacity. In practice he worked with private sector investors and public authorities, to frame and implement policy on sustainability and city design. He spent five years working at urbed as a cooperative director and managing projects.

In the absence of an urban wellbeing evidence base, Jamie embarked on an inter-disciplinary EPSRC sponsored PhD in 2010, supervised jointly by the Department of Architecture and the Wellbeing Institute, at Cambridge University. His action-based doctorate revealed evidence of direct and in-direct links between positive mental health and neighbourhood design factors. His first peer reviewed papers are in the top 5% of most downloaded of all tracked by Altmetric (5 million).

Jamie is passionate about creating strong research and the translation of this into evidence informed design. He continues to collaborate with the Cambridge Well-being Institute and is working on three large well-being research projects led by Sheffield and Manchester Universities (IWUN, GHIA, GrowGreen). In terms of translation, he works for BuroHappold (BH) engineers, continuing to liaise with developers, national and local policy makers. In particular, working with BH's Sustainability and Cities teams on several exciting projects to explore 'urban wellbeing' in practice. These include the International Quarter London and Olympicopolis, The Factory and a proposed new Asian city.