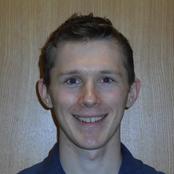 As a PhD at the University of Leeds, his research focusses on using earthquakes, and the waves they generate, to understand the properties of structures within the Earth and how they affect the surface we live on. Before starting his PhD, Jamie received an MSci in Geophysics from Imperial College London where his thesis used earthquake-generated waves to analyse the Earth's inner core.

The internship has led to great exposure to those who work in government and academia who regularly engage with the science-policy interface. This has been incredibly informative to Jamie and changed his outlook on working in policy. In the future, he would like to gain more experience in quantitative analytic roles in government departments or government agencies related to the environment.