Professor of Nanophotonics, Director of the Nanophotonics Centre at Department of Physics, University of Cambridge 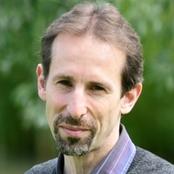 Professor of Nanophotonics, Director of the Nanophotonics Centre, Department of Physics, University of Cambridge

Professor Jeremy Baumberg is the Professor of Nanophotonics and the Director of the Nanophotonics Centre in the Department of Physics at the University of Cambridge. His research interests are very broad, spanning Semiconductor and Polymer Microcavities; Ultrafast spectroscopy and NanoPhotonics; Photonic Crystals and Polymer Opals; Plasmonics and MetaMaterials; Self-Assembly and directed assembly of NanoMaterials.

For the past 10 years he directed NanoTechnology at the University of Southampton and was awarded the 2004 Royal Society Mullard Prize, the 2004 Mott Lectureship of the Institute of Physics as well as the Charles Vernon Boys medal in 2000. Significant industrial experience at Hitachi, as an IBM Fellow, and recently with a spin-off, Mesophotonics, allow him to combine fundamental new science with potential applications, for instance in screening applications within healthcare. He also frequently talks on NanoScience to the media, and is a strategic advisor to the UK Research Councils.