Founder at The Big Issue 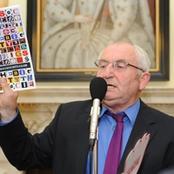 John Bird MBE is a social entrepreneur, best known as the founder of The Big Issue, a magazine that is edited by professional journalists and sold by street vendors affected by homelessness. He was born in Notting Hill, London to a poor London Irish family, became homeless at the age of five, resided in an orphanage between the ages of seven and ten, and went into prison in his teenage years. He slept rough on the streets of London and returned to prison a number of times in his late twenties.

In June 1995 Bird was awarded the MBE for ‘services to homeless people’, and in 2006 he received the Beacon Fellowship Prize for his energy and originality in raising awareness of homelessness and his support of homeless communities worldwide.