Professor of Precision Medicine at University of Oxford 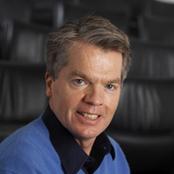 John Todd is Professor of Precision Medicine at the University of Oxford, and Director of the JDRF/Wellcome Trust Diabetes and Inflammation Laboratory. He was previously Professor of Medical Genetics at the University of Cambridge Director of the Juvenile Diabetes Research Foundation/Wellcome Trust Diabetes and Inflammation Laboratory in the Cambridge Institute for Medical Research. John's research focuses on Type 1 diabetes with a focus on genetics and disease mechanisms.

John has also been Professor of Human Genetics at Oxford University and a Wellcome Trust Principal Research Fellow. He received his B.Sc. from Edinburgh University, and his Ph.D. from Cambridge University in the Biochemistry department with Professor David Ellar. Post-doctoral training, with Professors David Ellar and Hugh McDevitt and Dr Greg Winter, was undertaken at Cambridge and Stanford. He has over 300 publications with over 14,000 citations, has received several awards and honours for his research, including honorary membership of the Royal College of Physicians, and is a founding member of the Academy of Medical Sciences.