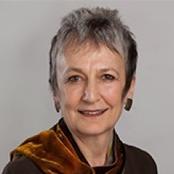 Julia Unwin was Chief Executive of the Joseph Rowntree Foundation and the Joseph Rowntree Housing Trust from 2007 to 2016. She went on to chair "Civil Society Futures", an independent inquiry that ran from 2017-2018 as a national conversation about how English civil society can flourish in a fast changing world.

Julia was also a member of the Housing Corporation Board for 10 years, a Charity Commissioner from 1998-2003, chair of the Refugee Council from 1995-98, and Deputy Chair of the Food Standards Agency.

Julia also worked as an independent consultant operating within government and the voluntary and corporate sectors. In that role, she focused on the development of services and in particular the governance and funding of voluntary organisations, on which subjects she has researched and written extensively.