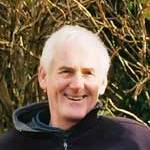 Professor Julian Hunt is the Emeritus Professor of Climate Modelling in Department of Earth Sciences at University College London. Before joining UCL Professor Hunt was at the University of Cambridge, where he still holds honorary positions and is a Fellow of Trinity College. He maintains his links with Cambridge through his current role as Visiting Fellow of the Malaysian Commonwealth Studies Centre.

In 1992 Professor Hunt stepped down from his role as Professor of Fluid Mechanics at the University of Cambridge in order to become Director General and Chief Executive of the Meteorological Office, a position he held for 5 years. He is also a J.M. Burgers visiting professor at the Delft University of Technology, Visiting Professor at Arizona State University, Pierre Fermat Visiting Professor in Toulouse, Academic Director of the Lighthill Risk Network and Deputy Director of the Lighthill Institute of Mathematical Sciences. He is a Fellow of the Royal Society. He has honorary degrees from Salford, Bath, East Anglia, Warwick, Grenoble, and Uppsala.

Whilst at the Met Office he was elected to the Executive Committee of the World Meteorological Organisation. He was active in negotiating new international arrangements for the exchange of data to ensure that National Meteorological Services world-wide can continue to collaborate with each other at the same time as encouraging the commercial applications of meteorology worldwide. He lectured on behalf of the World Meteorological Organisation (WMO) at the UN World Conference on the International Decade for Natural Disaster Reduction in 1994 and on urban problems at Habitat II in Istanbul in 1996, and worked to improve international warnings for disasters ranging from tropical cyclones to volcanoes and to emphasise urban meteorology at WMS. He actively promoted collaboration in Europe and was elected Chairman of the Informal Conference on West European Directors for 1994 -95. One of his main interests within the Met Office was to introduce a programme of Quality Improvement. His main managerial task was to restructure the Meteorological Office as it made its transition to become a Trading Fund in 1996.

He and his colleagues at Cambridge formed a company, Cambridge Environmental Research Consultants Ltd (CERC) which developed environmental software, and, in collaboration with other organisations, a new air pollution dispersion model which is now the standard model for the UK Environment Agency. He has been Chairman since 2001.

In 2000 he was inducted into the House of Lords as Baron Hunt of Chesterton, where he sits as a Labour Peer.