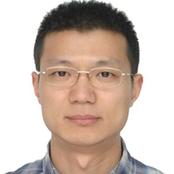 Zhang Xiaohui joined the Legislative Affairs Office of the State Council of the People’s Republic of China in September 2013; prior to this he worked in the Legislative Affairs Office of Pinggu District in Beijing (2008 to 2013) and the Municipal Administration of Quality and Technology Supervision in Zoucheng, Shandong Province (2004 to 2005). He holds an M.L. from the Law School of China University of Political Science and Law (CUPL) (2005 to 2008) and a B.L. from Zhongnan University of Economics and Law (2000 to 2004).

Mr Zhang spent Lent Term 2015 in Cambridge carrying out research on the British legislation on atmospheric pollution and climate change in order to draw implications for Chinese policy. In the course of this research he met relevant academics, and visited London and Brussels to meet representatives of government and non-governmental organisations relevant to these issues. For this period Zhang was a Visiting Research Fellow of the Centre for Science and Policy and was affiliated to the Visiting Research Programme of Wolfson College. His research contributed to his role in revising the Law of the People's Republic of China on the Prevention and Control of Atmospheric Pollution, prepared by the Ministry of Environmental Protection.

Mr Zhang’s Fellowship was being funded by the FCO and arranged in conjunction with another of CSaP’s Visiting Research Fellows, Baroness Worthington.