Professor at Department of Veterinary Medicine, University of Cambridge 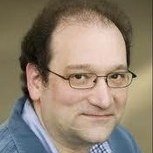 Professor Julian Parkhill's research group focusses on the evolution of bacterial pathogens; their origin, transmission and adaptation to selective pressure. Over the last few years the group has used large-scale population genomics to identify the global origin and routes of spread of many human and animal pathogens. Overlaid on the phylogeny, they look for signatures of adaptation to the host, to antibiotics and to vaccine pressure, most recently developing bacterial genome-wide association approaches to identify genetic determinants responsible for this adaptation. In addition to informatics approaches, they develop and apply genome-wide experimental tools, studying interaction with the host and antimicrobial resistance mechanisms. The group's interests include metagenomics, currently studying the microbiota in the gut, the lung, the nasopharynx and the placenta (which doesn’t have one). They group often works at an international level, with many collaborations in Low- and Middle-Income countries.

HIs work has translational benefits for tracking transmission at the hospital level and more broadly. To enable this translation, the group collaborates with local hospitals, and national and international health-protection agencies, as well as the commercial sector.