Principal Investigator at Cambridge Centre for Smart Infrastructure and Construction 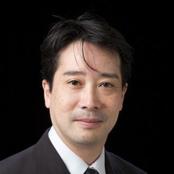 Kenichi Soga is Professor of Civil Engineering in the Department of Engineering. He joined the Geotechnical Group first as lecturer (1994-2000), was then promoted to senior lecturer (2000-2003), and then Reader (2003-2007). He has held his current post since 2007. He specialises in the area of Geotechnical Engineering and Environmental Geotechnics

Kenichi was born in New York, but received most of his education in Japan. He went to Kyoto University to study Civil Engineering and obtained B.Eng. and M. Eng. in 1987 and 1989 respectively. In 1989, he was awarded a two-year scholarship from the Murata Overseas Scholarship Foundation to continue his study at the University of California at Berkeley. At Berkeley, he worked as a Research Assistant between 1991 and 1994 and was awarded a Ph.D. in 1994.

He has been a Fellow of Churchill College since 1995 and is a Director of Studies in Engineering. He is currently the external examiner for the civil engineering programmes of the University of Southampton and the University of Hong Kong. He was visiting professor at the University of Rome "La Sapienza", Tongji University, Universiti Teknologi Malaysia and Chulalongkorn University, JSPS fellow at Kyoto University and visiting researcher at Universitat Politècnica de Catalunya, Colorado School of Mines, Deltares and Ecole polytechnique fédérale de Lausanne.

He is fellow of the Institution of Civil Engineers and an Executive member of the Technical Oversight Committee of the International Society of Soil Mechanics and Geotechnical Engineering (ISSMGE). He is the secretary of TC105 GeoMechanics of the ISSMGE and a member of EPSRC Peer Review College.