Horn Fellow at Centre for Science and Policy, University of Cambridge 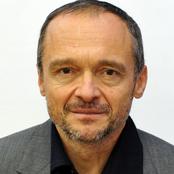 Lev Mikheev was born and educated in Moscow, eventually specialising in an area of theoretical physics known as statistical mechanics. After receiving his PhD in 1989, Lev moved to the US and continued working in academia, publishing over 30 original papers. In 1995 he started a successful career in finance where he continued until early 2017 when he retired to pursue a range of other activities, including serving on the board of the Mikheev Charitable Trust which he had set up in 2015. Most recently in 2019, Lev founded HOOKE, an elite lifestyle medicine programme and longevity research centre which has become his primary focus with the aim of developing the business as a prototype for 21st century medicine.