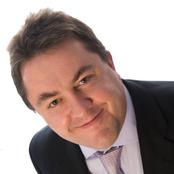 Llyr Jones joined Chemring on 8 February 2021 as Group Strategy and Corporate Development Director. Previously, Llyr Jones held Vice President roles at BAE Systems, first for Latin America and later for Head of Regional Operations & Intelligence, since October 2012. Over the last 30 years he has worked internationally in the defence, security and aerospace sectors where his focus has been on business development, corporate and business unit strategy, mergers and acquisitions, government industrial policy, general management and defence and security geopolitics. He has first-hand knowledge of Western, Middle East, Asian and Latin American markets gained with major blue-chip companies including international assignments in Japan and France.

Llyr is a Policy Fellow at the University of Cambridge, a Non-Executive Director of a strategy-focused educational charity and a Member of the World Economic Forum’s Global Agenda Council on Advanced Manufacturing 2012 to 2014. He holds degrees from a number of UK Universities – including a PhD from the University of Southampton and an MBA from Loughborough Business School. Additionally he holds the Institute of Directors Diploma in Company Direction, is a Chartered Director, a Chartered Engineer and a Fellow of the IoD and the IET. He is also a Freeman of the City Of London and a Liveryman of the Worshipful Company of Marketors.

To read about Llyr's experience as a Policy Fellow in Cambridge see here.