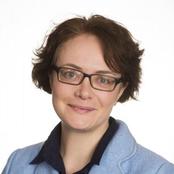 Mary Dixon-Woods is Director of The Healthcare Improvement Studies Institute (THIS Institute) and is The Health Foundation Professor of Healthcare Improvement Studies in the Department of Public Health and Primary Care at the University of Cambridge. She is a fellow of the Academy of Social Sciences and the Academy of Medical Sciences, an honorary fellow of the Royal College of Physicians and the Royal College of General Practitioners, and a Professorial Fellow at Homerton College, Cambridge. Mary is also an NIHR Senior Investigator, and Co-Editor-in-Chief of BMJ Quality and Safety.

At Cambridge, Mary leads a programme of research focused on healthcare improvement, healthcare ethics, and methodological innovation in studying healthcare. She holds honorary positions as an adjunct professor in the Department of Anesthesiology and Critical Care Medicine at Johns Hopkins University and as a visiting professor at the University of Leicester. She served on the National Advisory Group on the Safety of Patients in England, which produced the Berwick report in 2013. She also served on the review of information technology in the NHS led by Professor Bob Wachter, which reported in 2016. She was a Wellcome Trust Senior Investigator 2012-2019. Mary was the Harveian Orator for the Royal College of Physicians in 2018, the 500th anniversary of the College’s founding.

Prior to her current role, Mary was RAND Professor of Health Services Research, providing research leadership to generate a high quality evidence-base to support the organisation, quality and safety of care delivered to patients. She also served as co-director of the Cambridge Centre for Health Services Research (CCHSR), a collaboration between RAND Europe and the University of Cambridge; the Centre forms a collection of more than 20 researchers from a wide variety of backgrounds, brought together with the common aim of informing policy through evidence-based research on health services and systems, both in the UK and internationally. She came to these roles having been Professor of Medical Sociology at the University of Leicester, where she led research focussed on patient safety and healthcare improvement, healthcare ethics, and methodological innovation in studying healthcare.