Senior Lecturer in International Politics at University of Sheffield, Faculty of Social Sciences 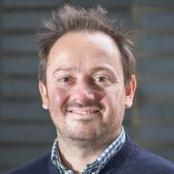 In 2016, Matthew re-joined the Department of Politics and International Relations at the University of Sheffield, where he undertook all of his degrees—BA (Hons) French and Politics (2003), MA Research Methods and IR (2004, with distinction), and PhD (2008)—and also began his academic career. In the interim, he spent seven years at the University of the West Indies in Trinidad and Tobago, firstly as Lecturer in International Relations (in 2009) and then as Senior Lecturer (from 2013).

He has held visiting positions at universities in the UK (Warwick, as Transatlantic Fellow), the Netherlands (Institute of Social Studies and the Royal Netherlands Institute of Southeast Asian and Caribbean Studies) and China (Wuhan). Matthew is also the founding managing editor of the Caribbean Journal of International Relations & Diplomacy, and he has consulted for various organisations, including the Department for International Development (DfID), The Commonwealth Secretariat, and the United Nations Economic Commission for Latin America and the Caribbean (ECLAC).

Matthew is active within the Sheffield Political Economy Research Institute (SPERI) where he is a Fellow and co-leader of its research programme on Development and the Governance of a Globalising Political Economy, and regularly writes commentaries for its influential blog. He is also a Fellow of the Sheffield Institute for International Development (SIID). His primary area of research interest is the political economy of development, with a particular focus on small states in general, and the Caribbean specifically.