University Senior Lecturer at Department of Geography, University of Cambridge 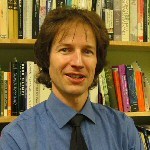 Michael Bravo is Convenor of the Circumpolar History and Public Policy Research Group at the Scott Polar Research Institute, as well being a member of the Geography Department's Society and Environment Research Group.

Michael Bravo has an interdisciplinary background with a humanities Ph.D. (Cantab 1992) in the history and philosophy of science, building on a technical background with a B.Eng. (Carleton 1985) in satellite communications engineering. Bravo has written extensively on the role of scientific research in the exploration and development of the Arctic, exploring issues in the philosophy of experiment such as the nature of precision and calibration. In his co-edited book Narrating the Arctic (2002), he explored the implications of the Arctic's extraordinary historical diversity through the lens of the Scandinavian Arctic. He is currently leading an International Polar Year project making a comparative study of the uses of polar research stations. Under this umbrella his team has begun to assemble the first overview of the creation of polar research stations from the 1820s to the present day, linking them to other crucial developments in science such as the laboratory revolution and the invention of international scientific years (e.g. IPYs). His current concerns include the recent rise of cryo-politics, the ethics of environmental regulation, and the dangers that sea ice loss pose to the political rights and traditions of the Arctic's inhabitants.