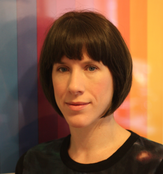 Natasha McCarthy is Head of Policy at the Royal Society. She was previously Head of Policy at the British Academy, where she led a team working on issues spanning public policy, research and higher education policy, and capacity-building campaigns for language and quantitative skills. Natasha was previously Director of Education at UCL’s Department of Science, Technology, Engineering and Public Policy, heading the development of a new Masters in Public Administration, and prior to that Head of Policy at the Royal Academy of Engineering. At the Royal Academy of Engineering she produced reports with significant influence and impact in Government and the media on topics such as privacy and data collection, resilience to climate change, the emergence of autonomous systems and the ethical challenges facing practising engineers.

Natasha is author of Engineering: A Beginner’s Guide, a tour of the social, cultural and historical impact of engineering which demonstrates the way engineers have changed our world and the need for engineers and wider society to continue to shape it in a sustainable way. She is co-editor of the Springer publication Philosophy and Engineering: Reflections on Practice, Principles and Process, and is a member of the steering committee of the Forum for Philosophy, Engineering and Technology. She was previously a lecturer specializing in philosophy of science, logic and Wittgenstein at the University of St Andrews and has a PhD in philosophy of science, focusing on classificatory language within and outside science.