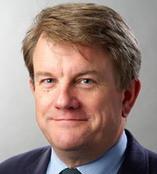 Professor Paul Cornish is an independent analyst and author, and Visiting Professor at LSE IDEAS. During 2017, he was Professorial Fellow, National Security College, Australian National University.

He was the Research Group Director for Defence, Security and Infrastructure at RAND Europe from 2015-16. From 2013-18, he was Associate Director, Global Cyber Security Capacity Centre, University of Oxford.

He was educated at the University of St Andrews (MA Hons, Modern History) and the London School of Economics (MSc Econ, International Relations). He then trained at the Royal Military Academy Sandhurst and spent six years in the British Army in the 1980s, serving as an officer in the Royal Tank Regiment. After completing his PhD – an assessment of British strategic thought in the early years of the Cold War – at the University of Cambridge, Professor Cornish spent two years as an arms control analyst in the Foreign and Commonwealth Office.

He has been a member of the UK Chief of the Defence Staff's Strategic Advisory Panel, has contributed to a number of Parliamentary inquiries and is a frequent commentator in national and international media.