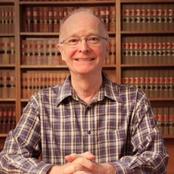 Peter Cane is a legal scholar specialising in public law (especially administrative law), private law (especially tort law) and legal theory (especially concepts and theories of responsibility). For the first 20 years of his academic career, Peter taught at Corpus Christi College, Oxford, successively as tutor and lecturer, reader and professor. From 1997-2016 he was a Professor of Law at the Australian National University, first in the Research School of Social Sciences and then in the College of Law.

Peter was appointed Distinguished Professor by the ANU in 2007 and Emeritus Professor in 2016. He was elected a Corresponding Fellow of the British Academy in 2007, and is also a Fellow of the Academy of the Social Sciences in Australia and the Australian Academy of Law.

Published work includes Controlling Administrative Power (2016), Administrative Tribunals and Adjudication (2009), Responsibility in Law and Morality (2002) and The Anatomy of Tort Law (1997). Current projects include co-editing of multi-authored volumes on the constitutional history of the United Kingdom, the history of law in Australia, and comparative administrative law research; and co-authoring a short 'ideas book' for students on tort law. Peter is married to Professor Jane Stapleton DCL, FBA, Master of Christ's.